Firstly, I am absolutely screaming at myself because as I brainstorm this post, I am sitting in the Leon of Heathrow’s Terminal 2 waiting to leave London once again and board a flight to Cork for the SECOND time this month.

But, today, Wednesday June 6th, marks one year exactly since me and my two very large and overweight Tripp suitcases, carry-on suitcase AND backpack came to London, so I am being really annoying and reflecting on my initial thoughts and further progressive ideas upon my first big girl move away from home.

I will honestly never forget the day that I left Cork for London Town. I had only booked my flight eight days prior to leaving because I kind of forgot that was a necessary requirement upon emigration and then all of a sudden I was pure like Jean Valjean thinking “what have I done, sweet Jesus what have I done.”

I had decided in March that I was definitely going to go across the pond, but up until this point it had just been a hypothetical plan for the future that I had only talked about with my parents and briefly with my Spice Girls. To be honest, I don’t think that anyone 100% believed that I was going until I started to pack my suitcase because notions, and truthfully, I had so many second thoughts about the move. I had always thought that this was eventually going to be the right move for me. Despite having never owned a Cork jersey (I am not a sporty gal), I love Cork with all of my heart, but I have never seen myself staying there. For me, a move was always inevitable, but as it came closer I began to think about how I could just as easily have enrolled in a course in Ireland, lived at home for a year and saved my pennies by continuing to work in retail with a spot of teaching on the side and move on the year after. Eventually, after going back and forth with my decisions (I am an unbelievably indecisive gal), I decided that if I didn’t go now then I probably never would so to just take the nerves in my stride and go. Aaaaand that’s what I did.

Even as I started to tell people, I would be met with more nervousness than excitement. The first people that I told officially were my two managers in work as I gave my notice who then witnessed me bawl my eyes out like an absolute eejit because I was like “I’M SORRY BUT THIS JUST MAKES IT SO REAL” and then I had to go back to the shop floor half bawling/half buzzing that it had essentially just become official.

One of the main things that contributed to my nerves is that I essentially had no plan for when I came over and that shook me. I’m a little bit of a planner, I love having a plan in place and I especially like to know itineraries well in advance. I am most definitely that friend who needs to know at 10am where we will be going for dinner at 8pm so that I can proceed in Googling the menu to decide what I’ll have and plan my outfit accordingly, so to not have any idea as to what I would be doing upon my arrival had me a little bit shook.

Luckily for me, my dream-like managers in the store that I had worked in back home had arranged a transfer interview for me to go in as supervisor of the Hammersmith branch a mere 20 minute walk from my flat so at least I would be guaranteed a job and it would be one less thing to worry about. So on my third day of living in London, I went for my interview, was offered the job then and there and was truly BUZZING to be semi-sorted in my new lifestyle. This was ideal until I was told the following day that I couldn’t start until I had received my National Insurance Number (this is legally incorrect, the redacted store and their 40% staff discount can suck it) which would be another seven weeks and that just tipped me over the edge. I rang my dad absolutely BAWLING because the idea of not having a routine for nearly two months and to be the only one in my flat without a job had me absolutely triggered. My dad gave a quick “nah Alex, I’d give that a quick skip and move on” which then led me to walking around Chiswick with CVs, resulting in me landing my first waitressing gig which I am back in now (what a skit).

Initially, I felt as if my new adventure was off to an extremely rocky start and I was met with a wave of dread that I had made the wrong decision. Things that I had thought had been set in stone and no longer needed my attention or worry fell apart and I was back to square one. The fact that my original plan was no longer in place was not ideal, but now I believe that plans fall through so that the right plans can fall into place. If I had started the original job, I wouldn’t have been met with a flexi-contract and therefore probably wouldn’t have had the same experiences that I had in my first summer in Londonland. On top of this, I also would have been doing the same job that I had spent four years doing in Cork throughout the entirety of my time at university. If I was going to start fresh, I needed to do it right, so even though it seemed like my initial vibe was off, it ultimately handed me a better deal in the long run.

To accompany my new lifestyle, something that I was beyond excited for was to spend time with my friends who had already made the coveted journey across the pond a few years before me. I am extremely lucky to have a good few pals living in London, but something that I didn’t take into consideration was the fact that London isn’t Cork, and you can’t really “pop round” to eachother’s houses for a quick catch up. Instead, it takes advanced planning, coordinating and commuting. On top of this, when you throw work into the mix, it becomes close to impossible to see your friends more than once a week if they don’t live in a nearby area because catch-ups usually require both parties to commute for 40 minutes either way and honestly, nobody wants to do that after a day’s work. Mix this with the fact that some pals were still studying, and my flatmates had intense full-time jobs, it could have made the days where my friends weren’t free fairly lonely.

Choosing to do something that I would never do in Cork, I forced myself to make my own plans on the days that I didn’t have plans with others. I started going to the theatre by myself, heading to parks or cafes with my book or laptop, going into town just for a stroll, exploring my new city in general. In Cork, I wouldn’t have bothered doing anything in situations like this, but here, I made it my business to make the most of my time in this new city and to just get up, go out, and explore. Honestly, it diminished the idea in my head that stated that I should be absolutely mortified to be sitting in a theatre by myself, and if anything it furthered my independence and confidence in living in a new environment, which has me cringing even typing this but it’s something that I genuinely believe is super important when it comes to people adapting in a new setting. Big fan of even slightly taking yourself out of your comfort zone where possible to make the most of a brand new situation, 10/10 would recommend to a friend.

Sometimes, I feel that my writings and anecdotes bring the vibe a bit down but honestly, I want to show my time here in the realest light possible. It’s an incredibly exciting yet unsettling time, and adapting to a new city can be unbelievably difficult, whether it be for moving to another county for your dream course or job, heading off on a working visa abroad for the summer, or just leaving home for a change of scenery.

I will wholeheartedly admit that my first few weeks here began to feel like a holiday with the fact that it was 30 degrees and the middle of the summer really adding to this vibe, but as the honeymoon phase wore off and I realised that I actually lived here, I began to wonder why I came here. I met up with friends who were telling me about the jobs that they were starting, the shows that they were going into or the auditions that they were being seen for and it made me feel wholly inadequate. The fact that I had just arrived didn’t register with me and I couldn’t see that my time here had only just begun. I felt as though I were never going to be met with opportunities like they had, and it seemed like everyone that surrounded me was thriving in their fields of work, they loved what they were doing and had a purpose in going to work, and here I was going to wait on tables every morning. I have no issue in saying that I rang my dad BAWLING albeit more times than I’d like to admit, asking him did I make the right move and what was I going to do now that I was here. I briefly considered giving up and going home to do a short-term course that I had been accepted into, but now I realise that these feelings were all just a part of my initial attempt to settle in.

It’s so easy for social media to be utilised in a way that we only show the best parts of our days and I am 100% guilty of an unnecessary Insta story (@alexbermy if you’re lookin x), but now I feel that it’s super important to broadcast the rough days too. In a previous post, I expressed the wave of dread that would accompany people asking how I was getting on and what I was up to. It felt like they saw London as “the promised land” and that I was wasting my time here because I hadn’t reached the expectancy that people had of me, which further delayed my feeling of assurance and being settled in to this brand new city. Only in the last few months have I felt that I have finally settled in and that London has become my new home, as opposed to a city that I simply inhabit. I am now here a full year (525,600 minutes for you stagey readers), and I have developed a further love for this city beyond imagination.

I’ve finally reached my initial goal of staying here for this length of time accompanied by a necessity to stay even longer. I’m still exploring my new home and I still use CityMapper to do so. My time in this city has really only begun, and I cannot wait to continue the Adventures of Alex in Londonland.

Happy anniversary to myself and London, who knew that my longest and most committed relationship would be with a city and not a living, breathing male.

Much love and respect to ya pals,

One thought on “One year in Londonland.”

Follow The Adventures of Alex in Londonland. on WordPress.com 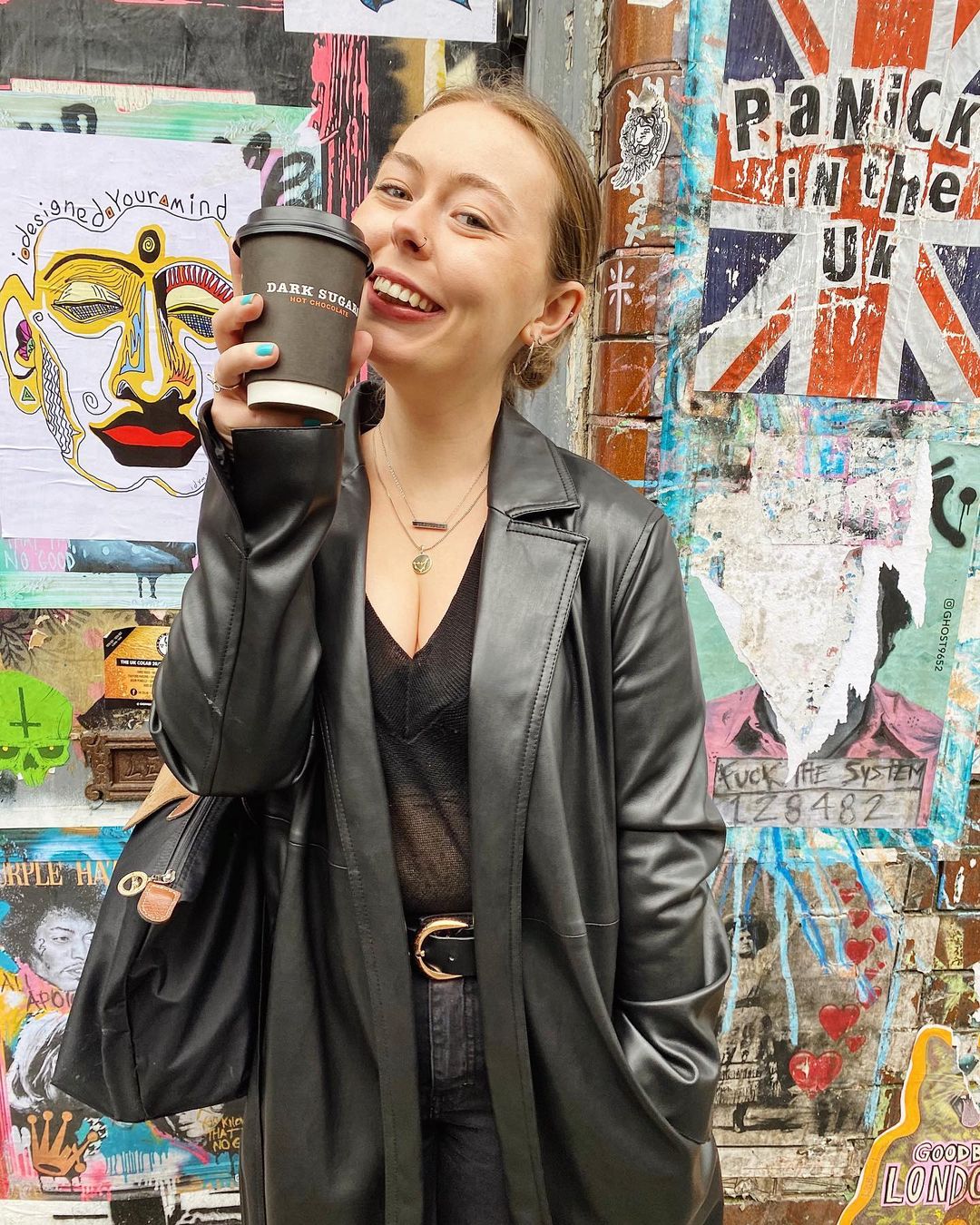